Visiting the Shosankai in Sakata City, Yamagata Prefecture and the Shonai Region

The Shonai region, located in the northwestern part of Yamagata Prefecture, is a historical and cultural land surrounded by mountains and the Sea of Japan. We visited in the middle of August. The boundary between the blue sky and the ridgeline of the mountains is clear and dazzling. Among them, the most conspicuous part is the plain area with plenty of greenery. Swallows and dragonflies flying high in the sky. Swaying rice plants, green vegetables. The scenery is full of beauty that can be said to be the original scenery of Japan. Rice and vegetables, which are important constituents of this landscape, are of course brought to our dining tables, but there are people who have been pursuing their deliciousness and safety for many years. They are all members of the Shonai Plant Acid Society.
"It's been more than 30 years since I discovered plant acid farming." Mr. Heiichi Tsuboike, the representative director of Sakata City's fertilizer dealer Sato Nagakura Shoten, said: “I have been researching various vegetables, rice, fruits, gardening, etc., but I feel that the effects and results of fertilizers and soil conditioners can be seen quickly in vegetables.” Sato Nagakura Shoten is a long-established fertilizer dealer with roots in the region, and has focused on the health of both the natural environment and agricultural products.
It has been over 40 years since the previous president, Mr. Keijiro Sato, met our founder Toshio Masuda, was fascinated by the philosophy of plant acid, and hit it off with him. 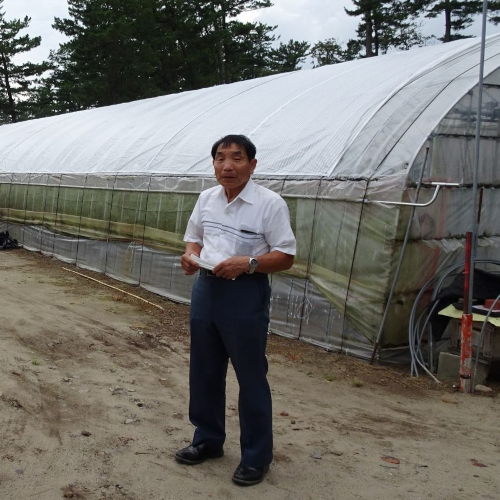 Hyoichi and other volunteers set up the Shonai Plant Acid Association, which continues to this day. The feature is that there are many vegetable farmers. The Shonai region is known as one of Japan's leading breadbaskets, but various types of vegetables are also shipped nationwide. The deliciousness and safety of the Shonai Plant Acid Society's vegetables have been recognized by Alquecciano, an Italian restaurant known for local production for local consumption.
This time, I had the opportunity to exchange opinions on how to use fertilizers and agriculture while having dinner with the members of the Shonai Plant Acid Association at the "Alquecciano" head office. 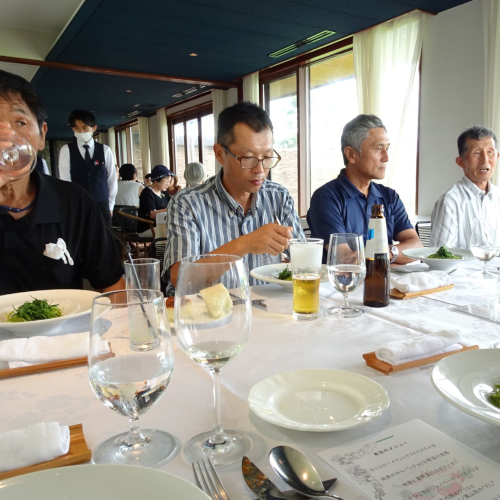 "It is said that cogen G is OK up to 250 times when raising seedlings, but when it comes to foliage,
How many times better? "For foliage, the limit is 500 times. 300 times is too thick." It's proof that is alive."
"I don't recommend foliar spraying of jellytide because it can leave a white residue on the leaves." I feel that G has the effect of preventing mold from growing.” “There is data showing that silicic acid is effective against high temperature damage.” It's hard." And so on, the story never ends, but the knife and fork never stop. It was a very lively and fruitful dinner where everyone's vocal cords were active at the same time while enjoying delicious dishes that used plenty of local ingredients.

The conference hall will shift from a restaurant to a "farm" that is your field.
Mr. Shizuo Sato's eggplant greenhouse. It was after the harvest for the day had finished, but I was allowed to sample the remaining eggplant raw. It is fresh and juicy, and has almost no acridity, and is even sweeter. It is a large eggplant of L size. It has a splendid appearance and taste, and is wholesaled at the request of department stores. ``If there is a lot of oxalic acid, it will cause bitterness. That depends on the environment of the soil. is general plant acid materials. Plant acid PK mug and plant acid jellytide are especially indispensable now. "In my place, it's a waste to have the fertilizer run down the sand dunes, but I apply liquid fertilizer so that the roots absorb the nutrients first, and then add ball fertilizer so that the nutrients can be absorbed slowly." It is a partner of eggplant cultivation. Shizuo is humorous and friendly, but harvesting every day is a lot of work. Everyone agrees that his wife's speed and accuracy in bagging is truly a pro. After various tasks, these eggplants set off. 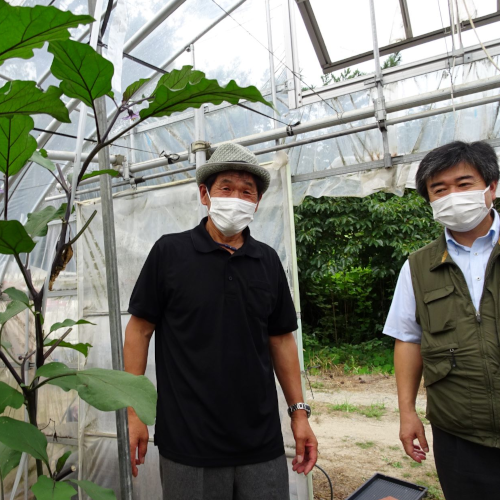 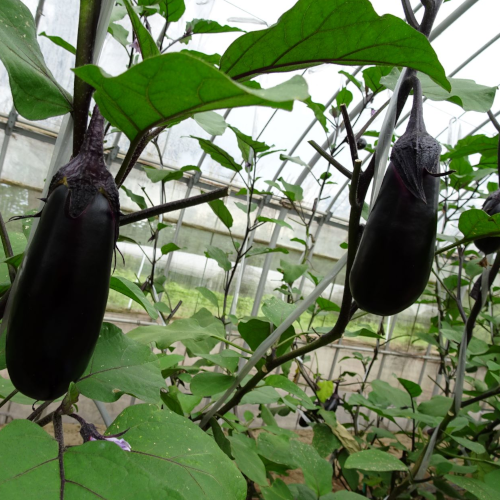 Mr. Yutaka Tsuboike's mini tomato greenhouse was like a colorful little paradise. “Please eat as many as you can,” says Yutaka with a gentle smile. There are various kinds of mini tomatoes. Small and tight ones, long thin ones, yellow ones, etc. If you don't hesitate to compare the taste, you will notice the difference in taste again. "Yellow ones aren't very popular," says Yutaka, but when you eat them, they're surprisingly sweet and have no peculiarities. Here, plant acid materials such as plant acid cogen G are secretly active. Because it is a material that protects the roots, it is said that the cherry tomatoes will absorb the fertilizer nutrients obediently, and effects such as a stronger sweetness can be seen. Mr. Yutaka gave me a bag full of cherry tomatoes. When I opened the bag, the tomatoes were shining like jewels. 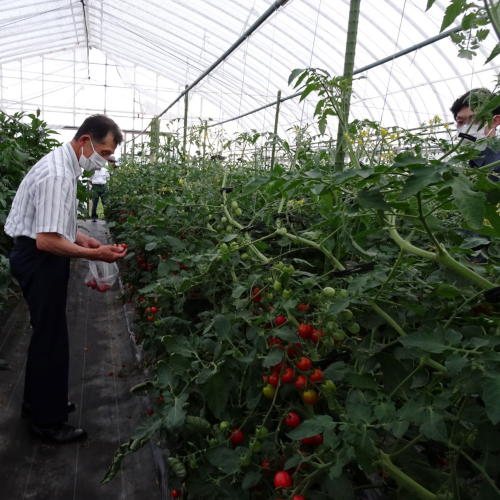 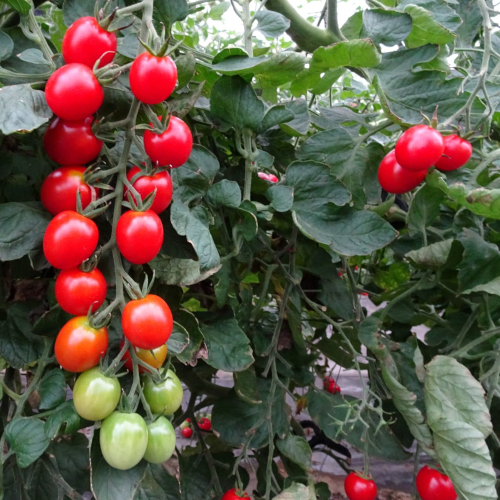 The age group of the Shonai Sosankai is relatively high, but here a farmer appears who lowers the average age a lot. Takuma Kawamura, a full-time farmer in his twenties. Takuma, who has been farming for six years after studying at a local agricultural high school and agricultural college for one year in the Netherlands, is cultivating cherry tomatoes and other vegetables. “The training destination in the Netherlands was a glass greenhouse with a height of about 5 to 7 meters, and a company that cultivates 8 hectares of medium-sized tomatoes. I learned things while living with people, and I am devising and putting into practice what I can make use of.” In the first year, shipments were made through an agricultural cooperative, but from there I met the Shonai Plant Sanitation Association, and developed my own. He is a promising young man who pursues style.
"It is an image of sprinkling Broat F for soil improvement, promoting growth with jellytide and PK Mag, adjusting the physiological circulation of crops with cogen G and ion calcium, and strengthening the roots with liquid potassium silicate." , Takuma. “I think it is important to select varieties in the pursuit of delicious vegetables. I feel that the range of vegetables that can be grown has expanded.”
We also asked the young Takuma what kind of prospects he has for Japan's future agriculture. I feel that Japan is now at an important turning point where the nature of the primary industry is being questioned.
“While helping each other in the community, there are opportunities to pass on technology and hear about the characteristics of the land and questions. I feel that it is important to build relationships.”“I think that in a large part of Japanese agriculture, we tend to grow crops 'with nature.' I believe that cultivating crops while searching for technology will lead to the development of Japanese agriculture.”
Seeing Takuma-san, who continues to try every day while receiving advice from his seniors at the Shonai Sosankai, gave me a sense of the reliability of his role in the future of agriculture. 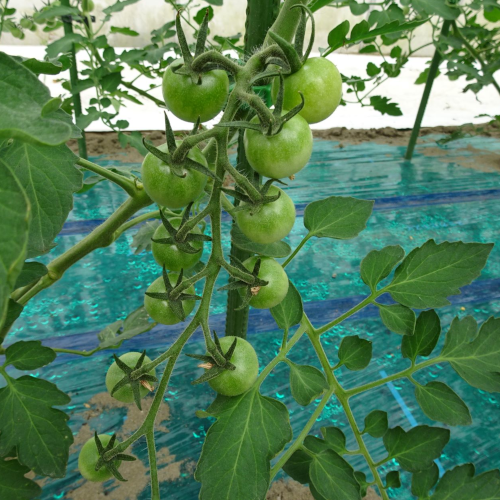 Agriculture in Shonai will be handed down from generation to generation, adding to the major issues of deliciousness, safety, and the global environment.
"Red tide is a problem that is largely triggered by the land environment," said Hyoichi. He also said, "The cause is not only domestic and industrial wastewater, but also the improper use of large amounts of chemical fertilizers. People need to look again at the principles of nature."
"Healthy vegetables and grains grow from healthy soil." And there, a variety of small creatures will build a rich world. Japan's unspoilt landscapes are not relics of the past that evoke nostalgia. Just as the livelihood of "agriculture" in the "village" continues in good health, so that the rich ecosystem including the "village" will be passed on to the future. I left the site with a feeling of prayer. 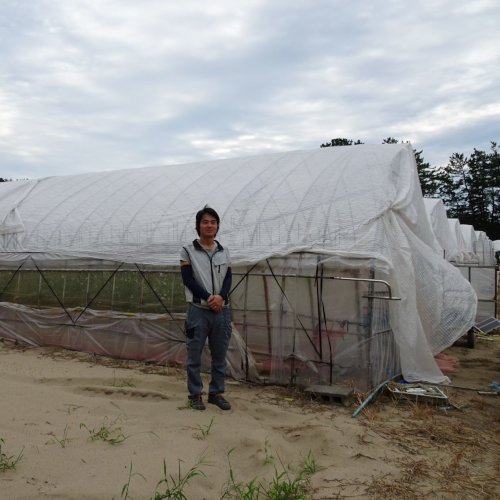